The fishery has been very good to us on the front side of the season, the weather a different story.  April right off the bat served up some of the best Brown Trout fishing ever. Great shoreline fishing both East and West of the Genesee produced a mixed bags of Browns, Coho’s and Steelhead.  This inshore fishery carried later than normal into and through the month of May and transitioned later in the month to an offshore Steelhead bite as well with some Kings showing up.  Early June we still had a good inshore fishery with Browns and offshore surface breaks providing anglers with good Steelhead, Coho and Laker top water action. As usual at some point in June we go through a transition period as the surface temps push down setting up a thermocline and the fish are scattered as they try to find their comfort zone.   Stay tuned for more updates. 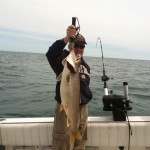 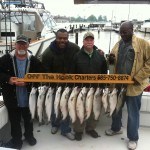 Click below to view the Monroe County live interactive map and explore around the county for your next fishing opportunity.
Visit Interactive Map


Click below to download the Monroe County Fishing Hot Spot Map (PDF format) to view a wide variety of species to target around the county.
Download Hot Spot Map
i

Coming to fish Monroe County or NYS? Be sure to stop into a local tackle shop when you arrive to pick up your fishing license. You can also purchase your license online. 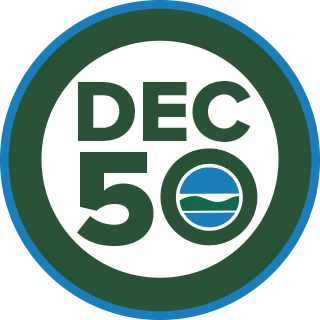 Take a moment to review the local fishing regulations. Know what fish are in season and what the legal limits and lengths are. If you have any questions about the regulations or need to report any violations witnessed, please visit the following link to view the appropriate channels for contacting the DEC